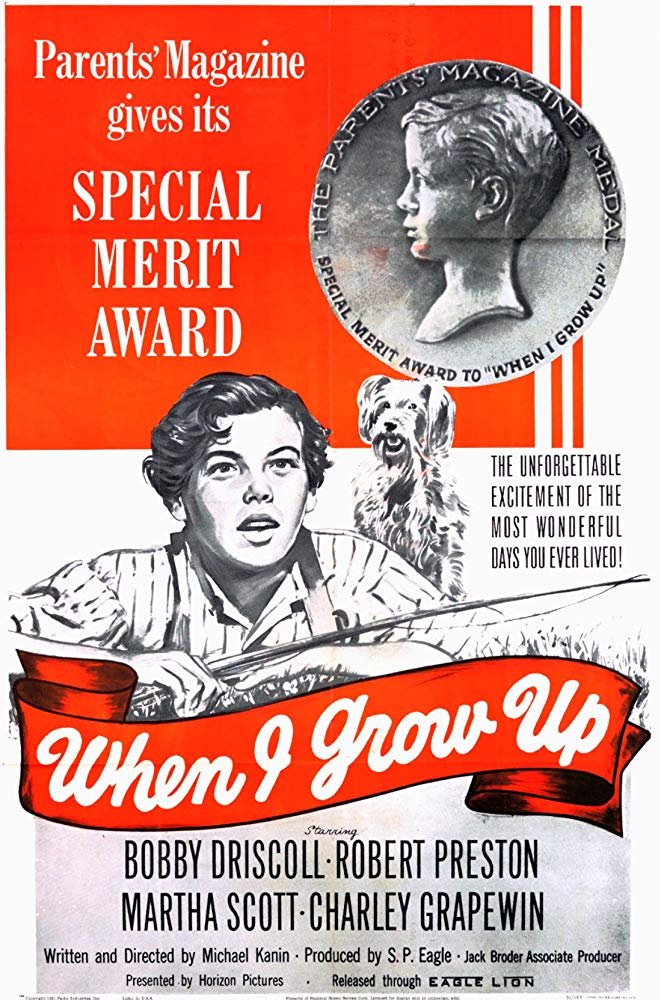 "When I Grow Up" is an uncharacteristically modest film from producer Sam Spiegel (during his "S. P. Eagle" years). Bobby Driscoll plays a young boy who feels neglected and misunderstood at home. Preparing to run away, Bobby chances across an old diary once kept by his grandfather (Charley Grapewin). Leafing through the yellowed pages, Bobby discovers that grandpa went through many of the same childhood travails that Bobby is enduring at that moment--and look how well gramps turned out! Armed with a renewed understanding of (and appreciation for) his elders, Bobby decides to stick around for a while and see how things develop.