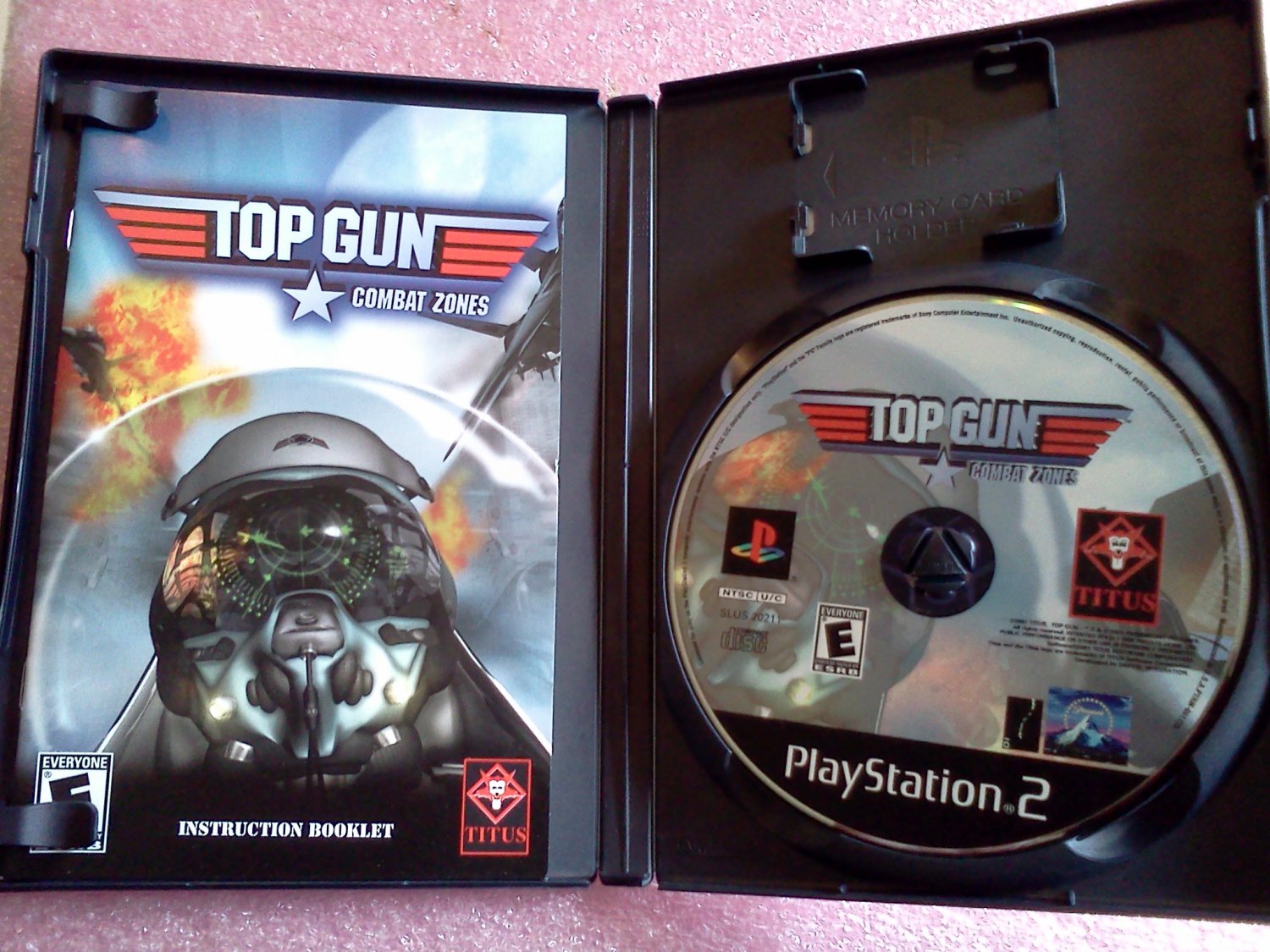 Tested, Complete, The disc is very nice, The manual is good too, The case has a few small tears in it along with leftover stickers on it.

Product Information
Take to the skies in Top Gun: Combat Zones, the arcade flight simulator loosely based on the 1980s Tom Cruise movie. In this title, flying fans will have the opportunity to fight in a number of different locations, piloting a host of different aircraft along the way.

There are two modes present in Combat Zones: Game mode and Quick Start. The Game mode is the main component of the title, featuring over 30 different missions from different eras, ranging from the 1970s to late 20th century. In these missions, players will undertake tasks that include search-and-destroy aspects, as well as duties such as providing cover fire for evacuations.

The different locales in the game range from Russia, southeast Asia, and the Miramar base that served as the setting for the original movie. Players will have the chance to pilot the F-18 Hornet, Harrier, F-4 Phantom, F-22 Raptor, Osprey, and several other real-life craft.

Once players progress, the Quick Start mode will begin to flesh itself out. In this mode, players can choose different levels and alter play by increasing enemy difficulty, threat levels, and the more.