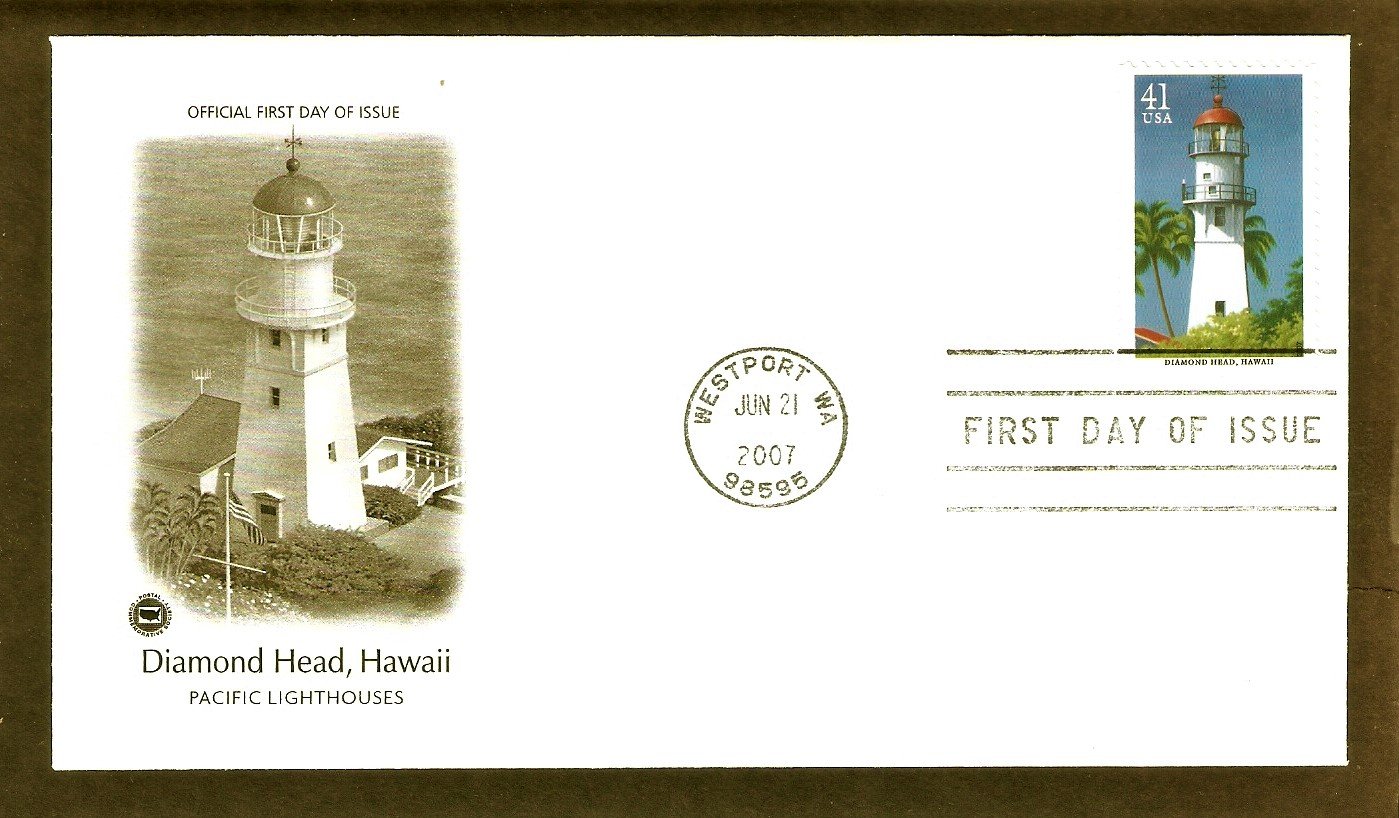 Diamond Head Lighthouse stands at the base of an extinct volcano on the Hawaiian island of Oahu. Established in 1899, the original tower was replaced by a new lighthouse in 1917. Today the light from this concrete sentinel leads vessels safely into the harbor of nearby Honolulu.

Currently home to the 14th Coast Guard District Commander, Diamond Head Lighthouse is the last occupied light station in Hawaii. First lit in 1899, the original tower was replaced with a concrete lighthouse in 1917. The light from its third-order Fresnel lens warns ships away from the coral reefs south of the island of Oahu and leads them safely into the harbor of nearby Honolulu. The lighthouse was automated in 1924, and in 1980 it was placed on the National Register of Historic Places....USPS