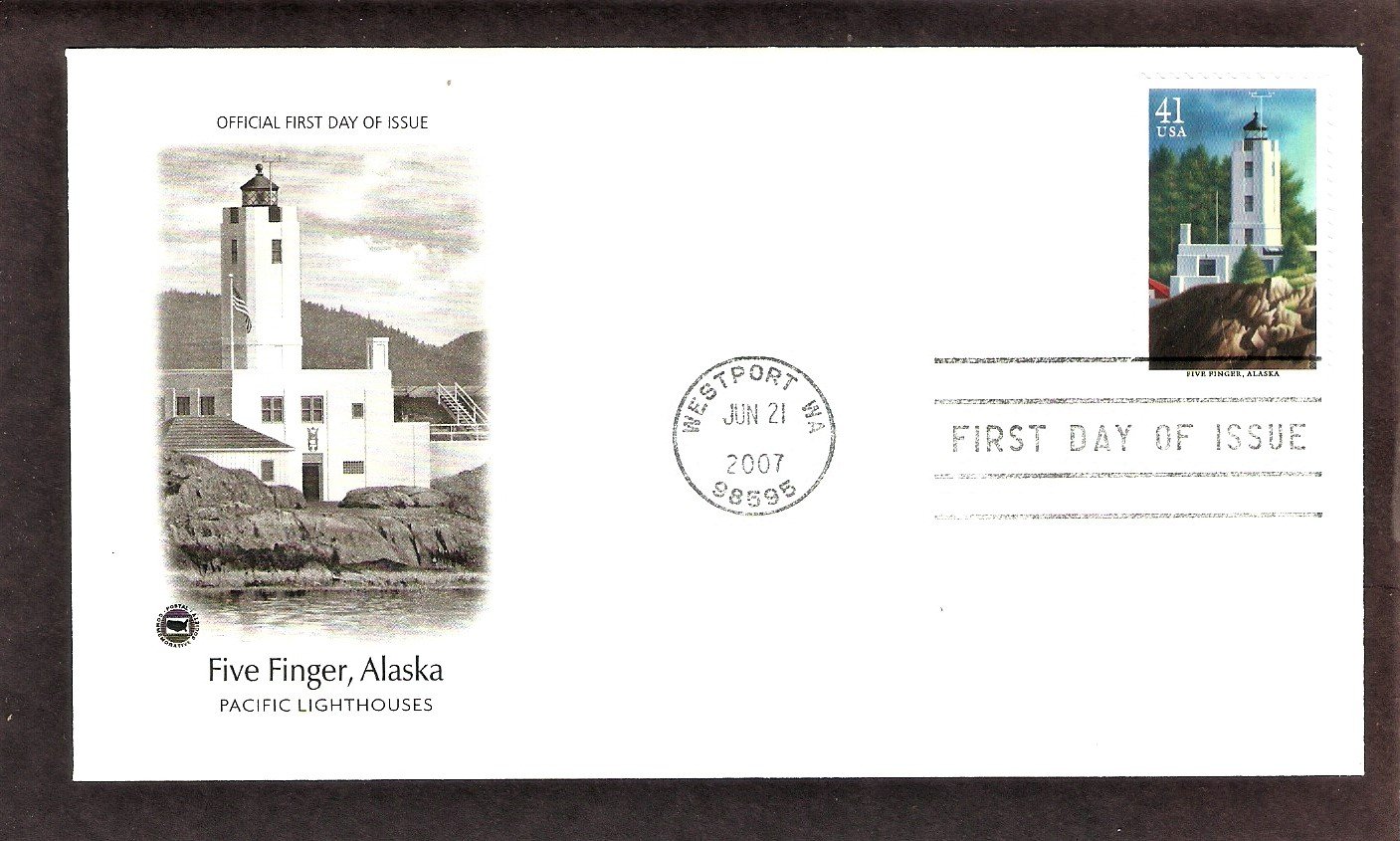 Five Finger Lighthouse stands on a small island south of Juneau at the entrance to Alaska's scenic Frederick Sound and Stephens Passage. Construction on the original wood tower was completed in 1902. Fire destroyed it in 1933, but two years later a new concrete Art Deco-style tower with a black lantern was erected. The lighthouse was automated in 1984, and twenty years later it was added to the National Register of Historic Places. Today the lighthouse is operated by the Juneau Lighthouse Association, a nonprofit organization dedicated to its restoration and preservation......USPS