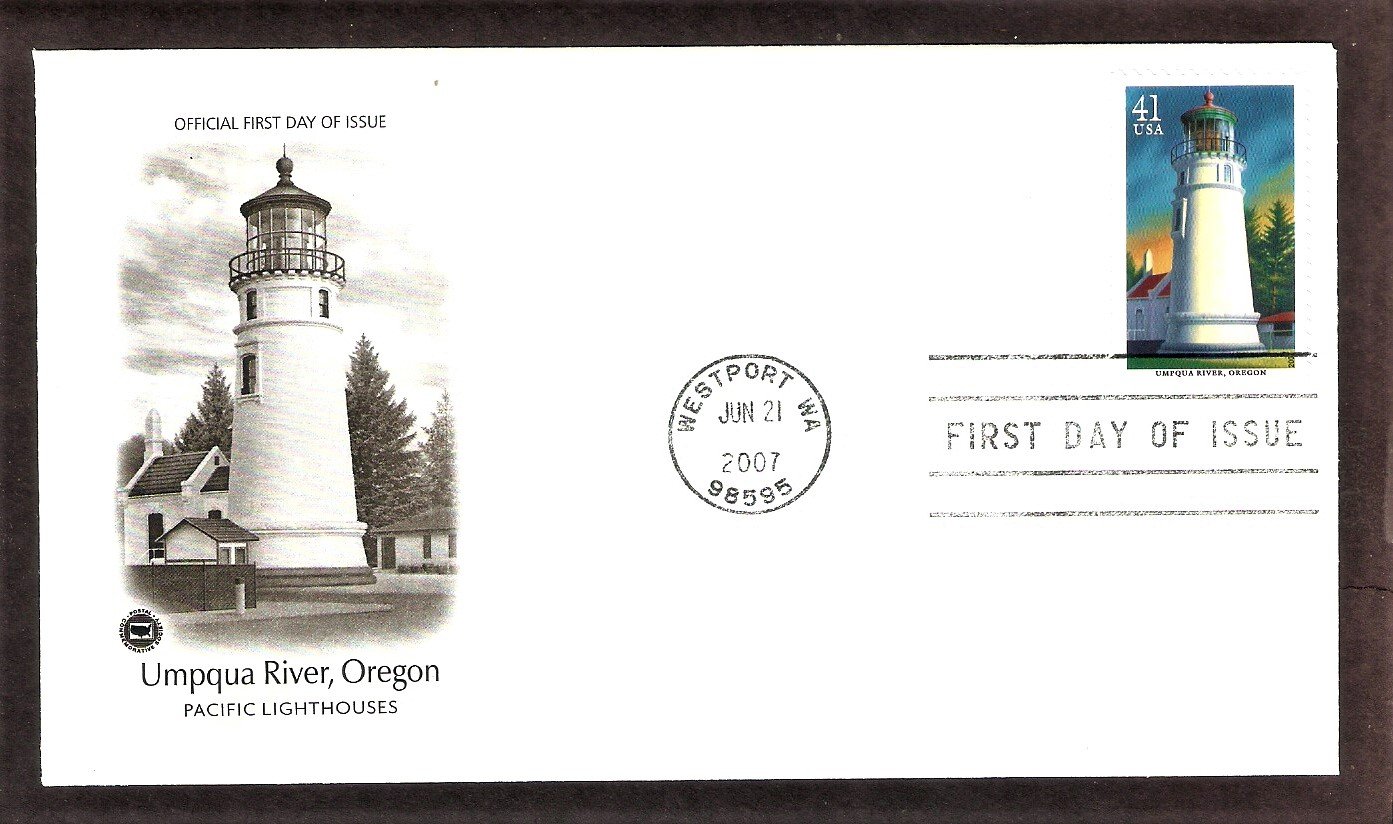 Umpqua River
Located south of Reedsport, OR, Umpqua River Lighthouse was the first tower of its kind built in the Oregon Territory. The original sentinel was built in 1857 and marked the river entrance, but erosion caused it to collapse in 1864. A new 65-foot masonry tower was built on higher ground thirty years later. Today the tower stands near Umpqua Lighthouse State Park, where the light from its first-order Fresnel lens — visible from a distance of 21 miles — continues to flash two white beams and one red........USPS