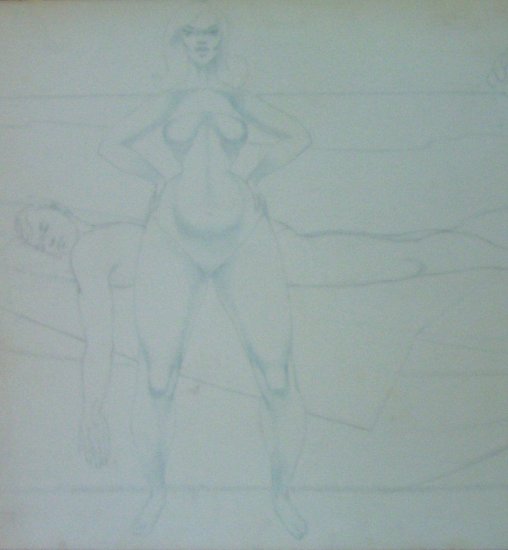 Tweet
This the rough drawing and preliminary work for a future oil painting. Circa 1960's. Ted used only the woman (as Eve) in the stylized Adam and Eve work, where he certainly gave great play to space.
In this sequence, it is obvious that the man is totally spent, while the woman is getting ready to go again, thereby showing the ultimate power of her species, as to go again, she merely has to open her legs, and await the man's penis and testicles filling with testosterone.