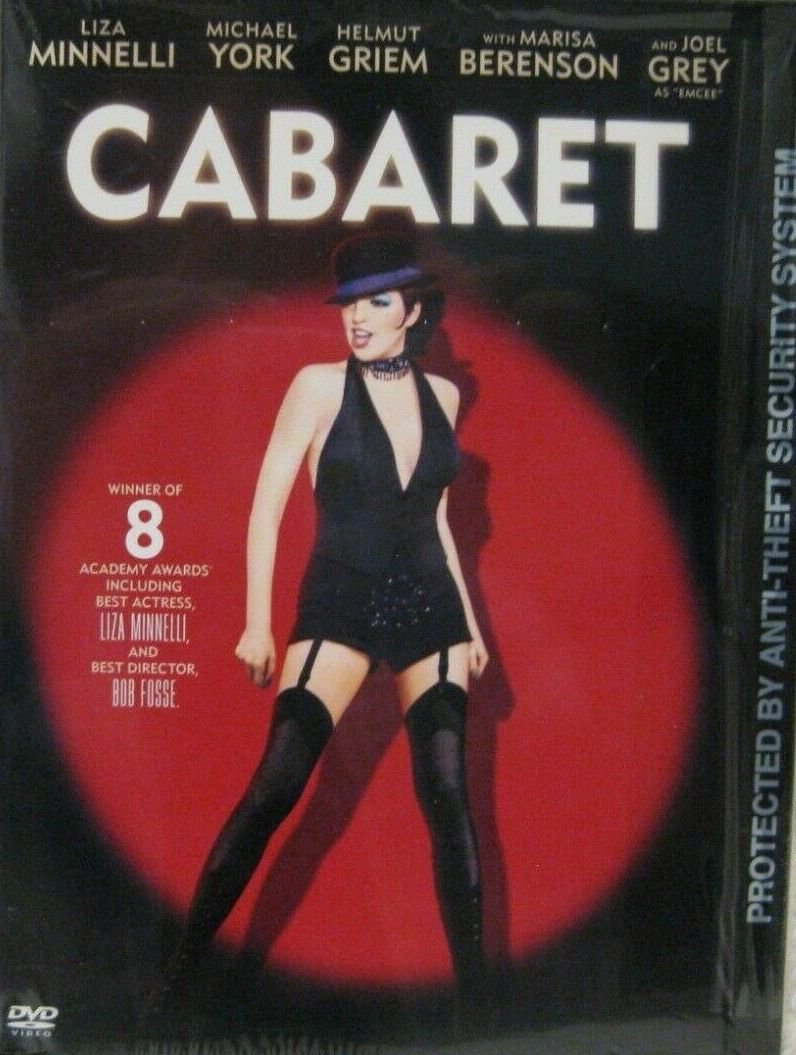 Tweet
CABARET (DvD) starring Liza Minnelli, Marisa Berenson & Michael York
CABARET was a convention-shattering story that dealt with themes like bisexuality that were still under the radar in the US. Additionally, CABARET made the enormously talented Liza Minnelli an American icon.Minnelli plays Sally Bowles, an aspiring singer and dancer. The main plot revolves around her relationship with two different men and her life as a singer at the Kit Kat Klub. The film utilizes the traditional conventions of American musical theater while adding in the fiendishly painted Master of Ceremonies (Joel Grey) who comments on the proceedings through song and dance. Director Bob Fosse showcases the range of his vision as a director of stage and screen, serving as both choreographer and musical director.Based on the Kander-Ebb musical from John van Druten's play I AM A CAMERA (which, in turn, was derived from Christopher Isherwood's novel GOODBYETO BERLIN), CABARET was nominated for 10 Academy Awards and won eight,making it one of the most acclaimed films in movie history.
... [Full Description]