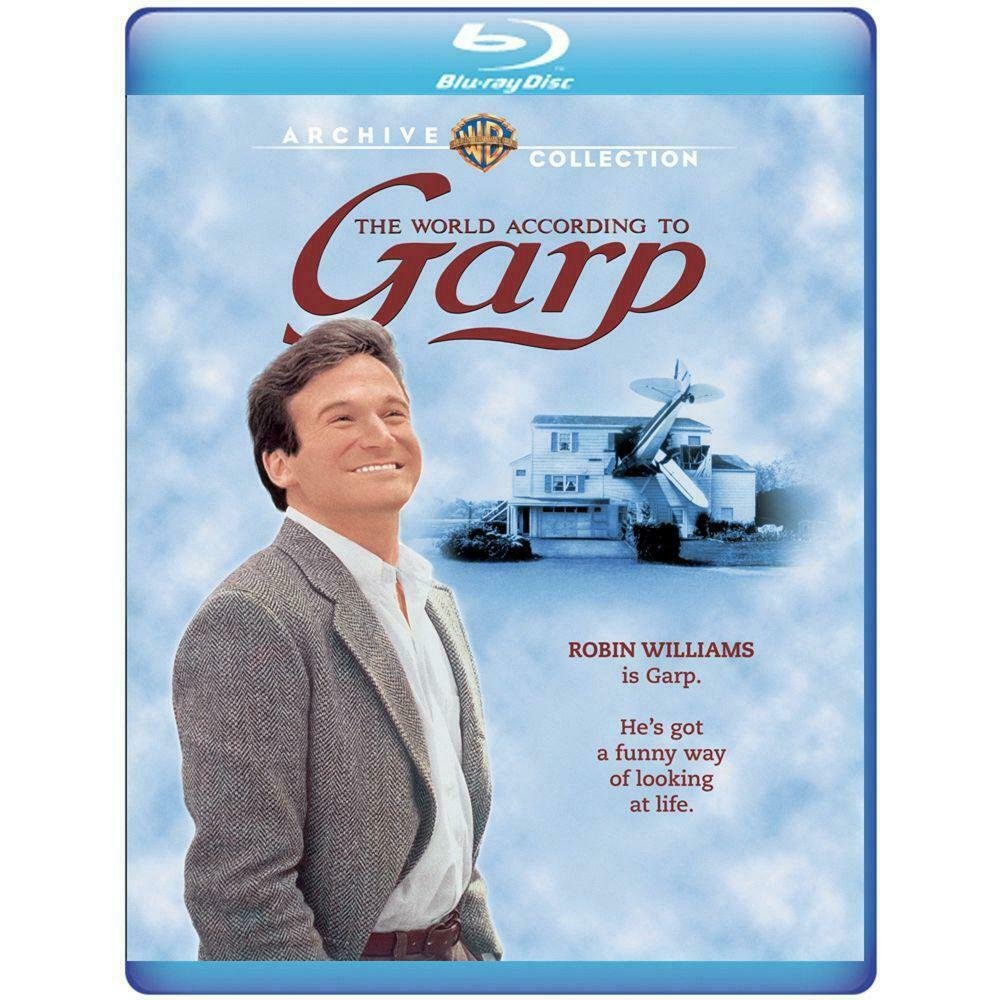 Tweet
The World According to Garp(Bluray)Robin Williams,Mary Beth Hurt,Glenn Close
George Roy Hill's intermittently faithful adaptation of John Irving's best-selling novel lightens the tone of the book's black comedy while retaining at least part of its effect. It stars Robin Williams as T.S. Garp--the fatherless son of well-known eccentric feminist activist Jenny Fields (Glenn Close) who spends much of his life trying to escape the influence of his unusual upbringing and the ever-expanding shadow of his mother's fame. Intent on becoming a writer, living a normal life, and raising a family, Garp marries college sweetheart Helen Holm (Mary Beth Hurt) and starts a family, but he is plagued by the feeling he must wage war against all that is violent in the world that can possibly bring harm to them. When he finally publishes his first book, his mother simultaneously publishes a feminist manifesto that makes her a lightning rod for all manner of victimized women. Among her followers is the transsexual ex-football player Roberta Muldoon (John Lithgow), a model of sanity, who becomes a friend of Garp's and leads him toward a reconciliation with his mother and her cause. The briskly paced film captures much of the spirit of Irving's quirky, neopicaresque novel and is well served by its stellar cast, with exceptional work by Close and Lithgow.
... [Full Description]