The Lord of the Rings: The Battle for Middle-earth II [PC Game] 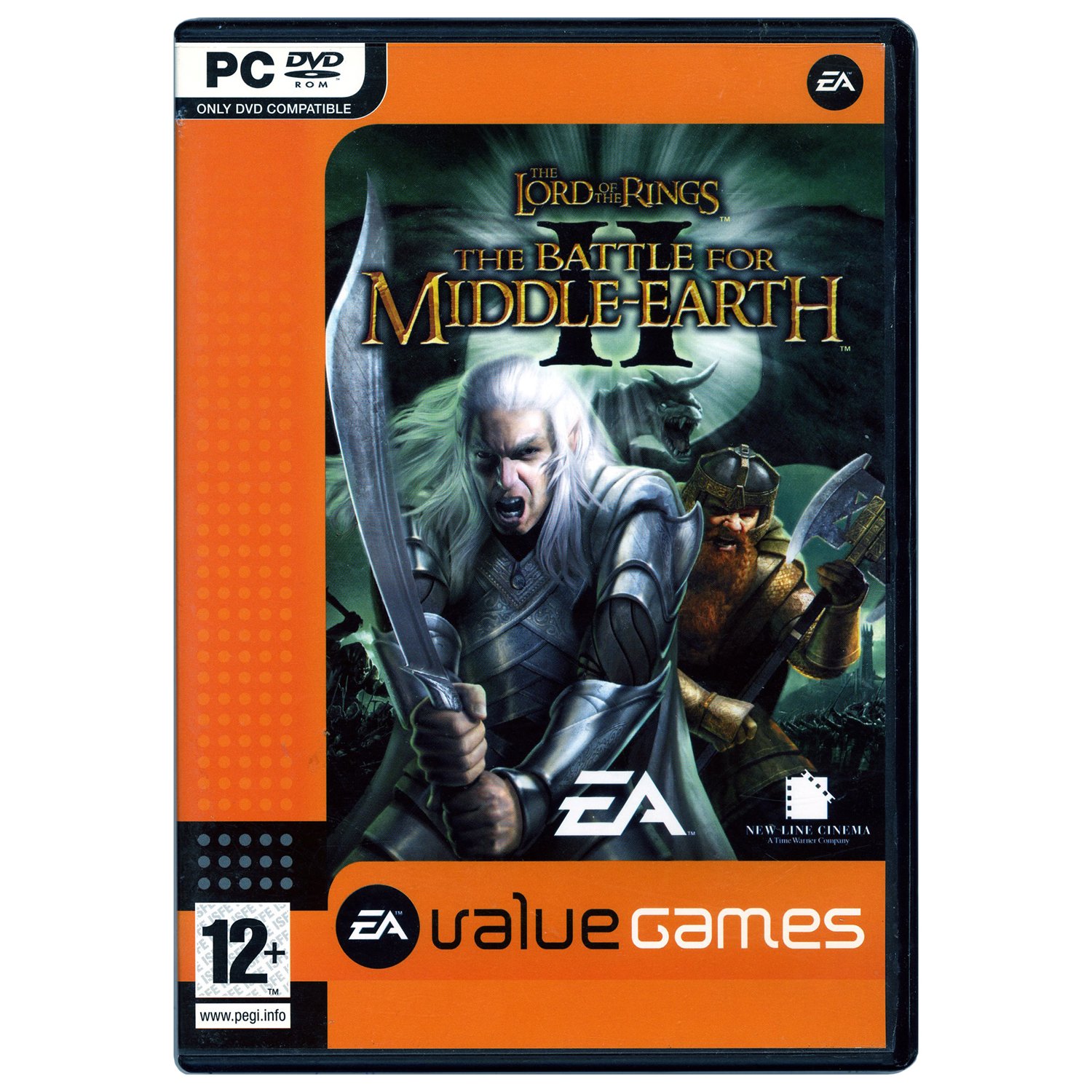 Tweet
This sequel to 2004's real-time strategy game from publisher Electronic Arts expands on the events depicted in New Line Cinema's film trilogy to incorporate scenes, characters, and battles found in J.R.R. Tolkien's epic fantasy saga. Fans will return to the besieged world of Middle-earth to actively participate in the War of the North, where dwarves and elves struggle to repel invasions in the Misty Mountains, Dol Guldur, Mirkwood, Rivendell, and other notable locales. Players will command one of six factions in a choice of game modes. Men, dwarves, and elves are pitted against goblins and the dark forces of both Isenguard and Mordor, with each faction offering its own technology, powers, buildings, and units to master. Battle for Middle-earth II includes good and evil single-player campaigns, a turn-based War of the Ring mode that involves conquering territory on a dynamic world map, and skirmish options for players to select maps, opponents, and starting conditions.

Though each mode offers something different, the core game follows established genre conventions in the building phase, where individual structures are purchased and erected anywhere on the land to generate various unit types. One distinguishing feature is that resource gathering is designed to be simple and self-sufficient, with the emphasis placed instead on battlefield tactics. Building the equivalent of a farm not only generates wealth, but it also increases the number of available command points to spend on units. The catch is that each farm has an efficiency percentage that diminishes the closer it is to another farm. On offense, players can order battalions and individual units to fight in specific stances or to march in different formations. Units will also level up, learn new skills, and become stronger over time. On defense, players can protect their base by freely building walls, guard towers, and gates.

Command points can also be spent on powerful heroes from the classic trilogy, such as Legolas, Gimli, and Boromir, or on custom warriors designed with the create-a-hero editor. Each hero can wield up to five character-specific powers to help him or her turn the tide in battle. In addition, all factions possess a series of racially derived powers to destroy, summon, or to provide bonuses. These abilities are purchased using power points, earned through combat by defeating enemies. Each faction's 12 powers are divided among three talent trees, with lower branches accessible only after acquiring top-tier powers. After players suffer defeat or emerge victorious, a detailed timeline will show statistics for units, structures, resources, and other pertinent information. Battle for Middle-earth II also includes built-in support for clans as well as a tournament ladder system for multiplayer competition.
... [Full Description]