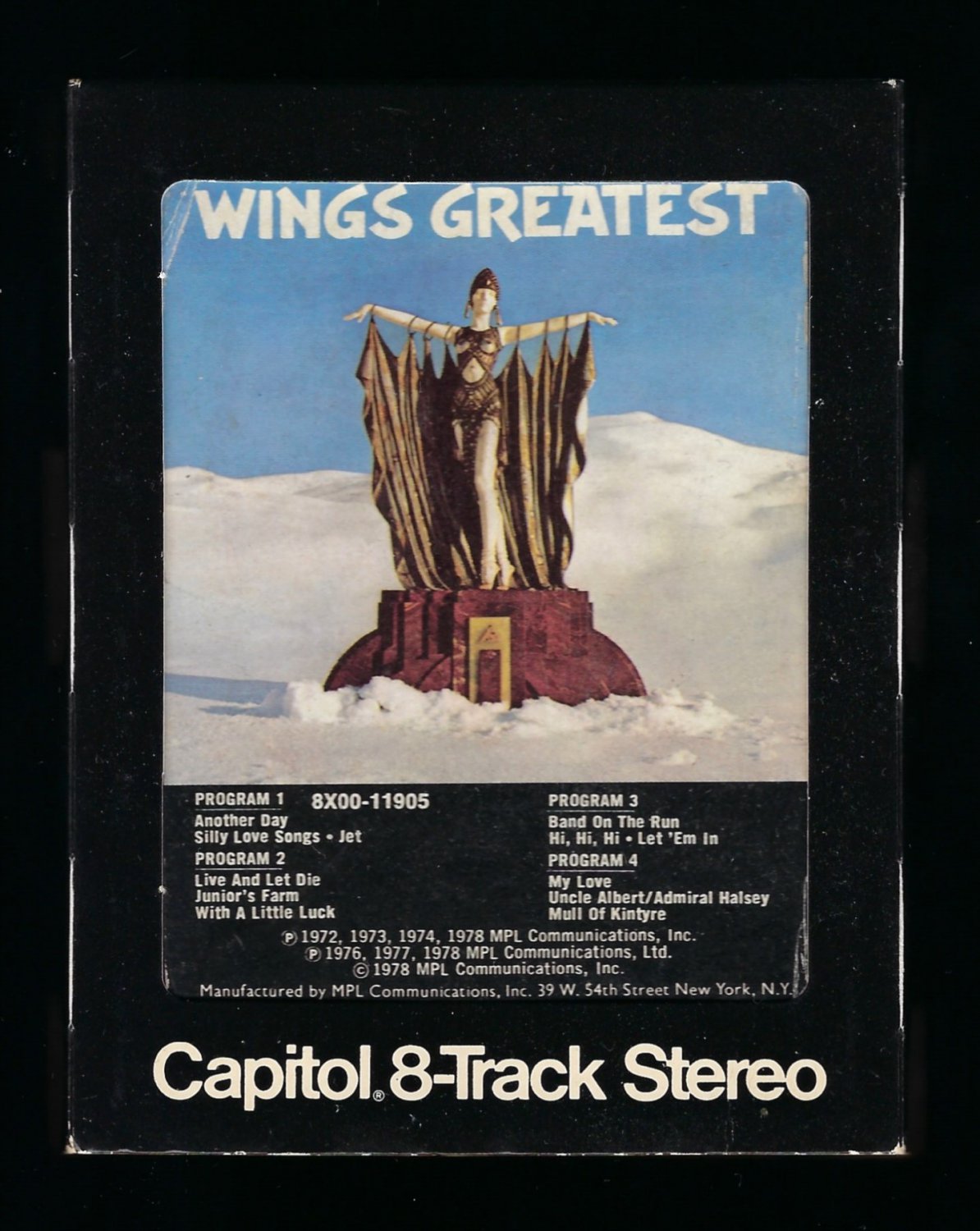 Tweet
Wings Greatest is a compilation album by the band Wings and is their eighth album as well as Paul McCartney's 10th since leaving The Beatles. It is notable as being the first official retrospective release from Paul McCartney's post-Beatles career. Excepting interest in its vinyl LP mix, this collection has become largely irrelevant since the releases of All the Best! and Wingspan: Hits and History.

Wings had 12 top-10 singles (including one #1) in the United Kingdom and 14 top-10 singles (including six #1's) in the United States. All 23 singles credited to Wings reached the US Top 40, and one double-sided single, "Junior's Farm"/"Sally G", reached the Top 40 with each side. Of the nine albums credited to Wings during the group's life, all went top 10 in either the UK or the US, with five consecutive albums topping the US charts.

Wings were noted for frequent personnel changes as well as success. The only three members of Wings to remain from beginning to end were McCartney, his wife Linda, and ex-Moody Blues guitarist and singer Denny Laine. In less than a decade, Wings had three different lead guitarists and four different drummers.