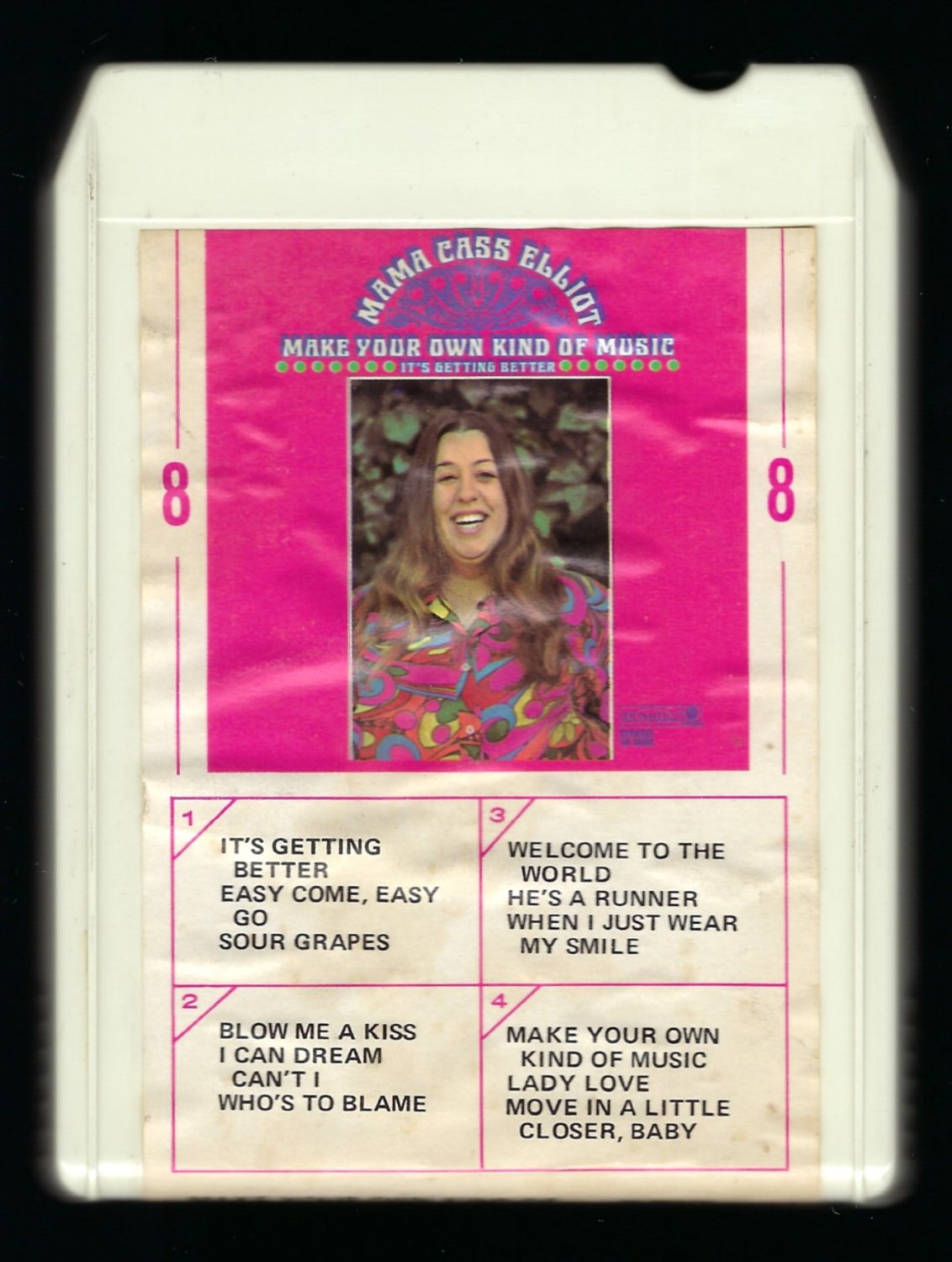 Cass Elliot (born Ellen Naomi Cohen; September 19, 1941 – July 29, 1974), also known as Mama Cass, was an American singer and member of The Mamas & the Papas. After the group broke up, she released five solo albums. In 1998, Elliot, John Phillips, Denny Doherty, and Michelle Phillips were inducted into the Rock and Roll Hall of Fame for their work as The Mamas & the Papas. Her daughter Owen Kuegell stood in for her mother at the ceremony.

Comes to you fully restored with a 7-day money back guarantee.
Comes with all original cartridge secure pins (original secure pins were not drilled or broken during restoration), good original foil splice and a new vintage rubber pinch roller.
... [Full Description]