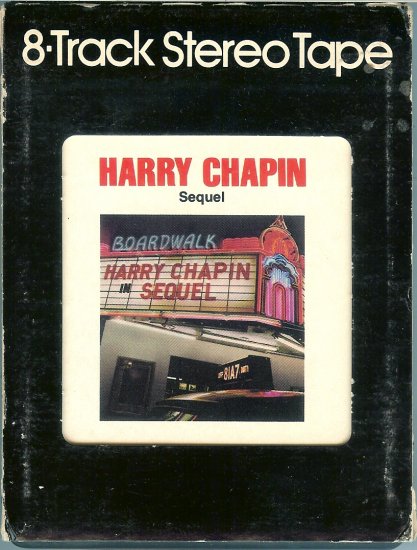 Tweet
Harry Forster Chapin (December 7, 1942 – July 16, 1981) was an American singer and songwriter known for folk rock songs such as "Taxi," "W*O*L*D," and the number-one hit "Cat's in the Cradle." Chapin was also a dedicated humanitarian who fought to end world hunger, with his work being widely recognized as a key player in the creation of the Presidential Commission on World Hunger in 1977.[1] In 1987, Chapin was posthumously awarded the Congressional Gold Medal for his humanitarian work.

Chapin was born in New York, the second of four children—including future musicians Tom and Steve—born to Jeanne Elspeth (née Burke) and Jim Chapin. He had English ancestry, his great grandparents having emigrated in the late 19th century. His parents divorced by 1950, with Elspeth keeping custody of their four sons, as Jim spent much of his life on the road as a drummer for Big Band era acts such as Woody Herman. She married National Films in Review magazine editor Henry Hart a few years later.

Chapin's first formal introduction to music was while singing in the Brooklyn Boys Choir. It was here that Chapin met "Big" John Wallace, a tenor with a five-octave range, who would later become his bassist and backing vocalist. He began performing with his brothers while a teenager, with their father occasionally joining them on drums.

Chapin graduated from Brooklyn Technical High School in 1960, and was among the five inductees in the school's Alumni Hall Of Fame for the year 2000. He briefly attended the United States Air Force Academy and was then an intermittent student at Cornell University. He did not complete a degree.

He originally intended to be a documentary film-maker, and directed Legendary Champions in 1968, which was nominated for a documentary Academy Award. In 1971, he decided to focus on music. With John Wallace, Tim Scott and Ron Palmer, Chapin started playing in various local nightclubs in New York City. Comes with splice, pads and a 7 day money-back guarantee.
... [Full Description]