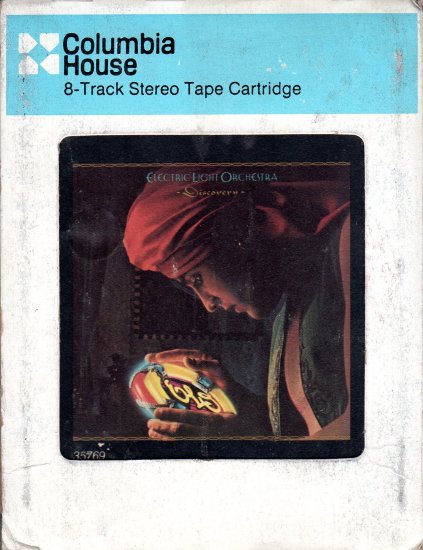 Tweet
Discovery was the band's first No. 1 album in the UK, entering the chart at that position and staying there for five weeks. The LP contained five hit songs in "Shine a Little Love," "Don't Bring Me Down," "Last Train to London", "Confusion" and "The Diary of Horace Wimp", many of which were heavily influenced by disco (in fact, Richard Tandy came up with its well known nickname, Disco Very). "Don't Bring Me Down" would become their only top three hit in the UK throughout their career, and also their highest-charting US single at #4. "The Diary of Horace Wimp" was also a hit single in the UK, although it was not patterned after the disco sound; instead it was closer in style to the band's earlier hit "Mr. Blue Sky." The album itself was the first ever to generate four top-ten singles {one of which was a Double A-side) from a single LP in the UK and was eventually certified 2x platinum by the RIAA in 1997.

Discovery is notable in that it was the first ELO album not to feature their resident string trio of Mik Kaminski, Hugh McDowell and Melvyn Gale, although they did make an appearance on the Discovery music videos that were created as a substitute for a live concert tour. Shortly afterwards, the members of the string section were deemed surplus to the band's requirements and dismissed (although Mik Kaminski did return for the Time Tour in 1981-82, and as a performer on the 1983 album Secret Messages.

In one of his earliest jobs, comedian/actor Brad Garrett models on the back cover dressed in middle eastern clothes, turban and holding a big sword.

Discovery was remastered as part of the Epic/Legacy remaster series in 2001; among the included bonus tracks was a cover of a Del Shannon classic, "Little Town Flirt."