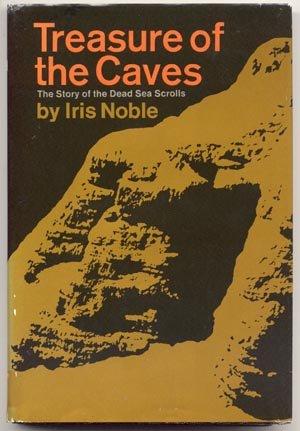 Early in 1947, in Palestine, a young Bedouin goatherd was searching for a lost goat and stumbled on one of the greatest manuscript discoveries of modern times. In a cave in the Dead Sea area, he came upon some jars containing leather scrolls. One of them turned out to be a copy of the Book of Isaiah in Hebrew, a thousand years older than any previously known text of Isaiah.

The tracking down of the many scrolls subsequently found by other Bedouins, the bidding and bargaining when their value was discovered, and a dramatic sequel in 19671 during the Six-Day War, when Israeli soldiers entered Bethlehem and "captured" the longest scroll of all are only one part of a remarkable search into the Biblical past.

Perhaps even more exciting is the account of the scientific know-how and ingenuity that went into the preservation and preparation of the scrolls before they could be studied. The piecing together of these priceless historical clues and the archaeological detective work that led to the excavation of the ruins of Qumran make another stranger-than-fiction chapter.

Iris Noble interviewed some of the archaeologists and scholars involved and visited the scene to re-create for young readers a story that remains as tense and awe-inspiring as it was on the day the young Bedouin and his lost goat made world headlines.

Buyer pays Shipping. **Payment must be received within 10 days of the end of the auction, unless other arrangements are made. Checks held till clear. Money Orders & Paypal Payments shipped on receipt. Buyer Must Request Insurance at Additional Expense. IL residents Must add Sales Tax.