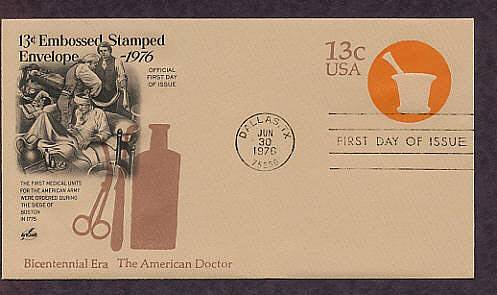 The First Medical Units for the American Army were Ordered During the Siege of Boston in 1775, The American Doctor, Unaddressed,