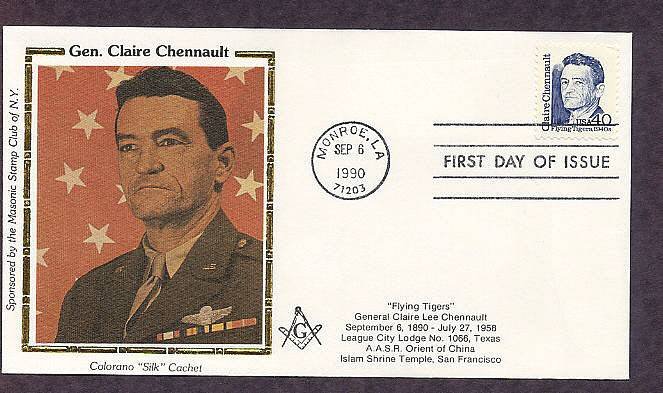 Picked by China's General Chiang Kai-shek to organize and lead their air defense against Imperial Japan in 1937,