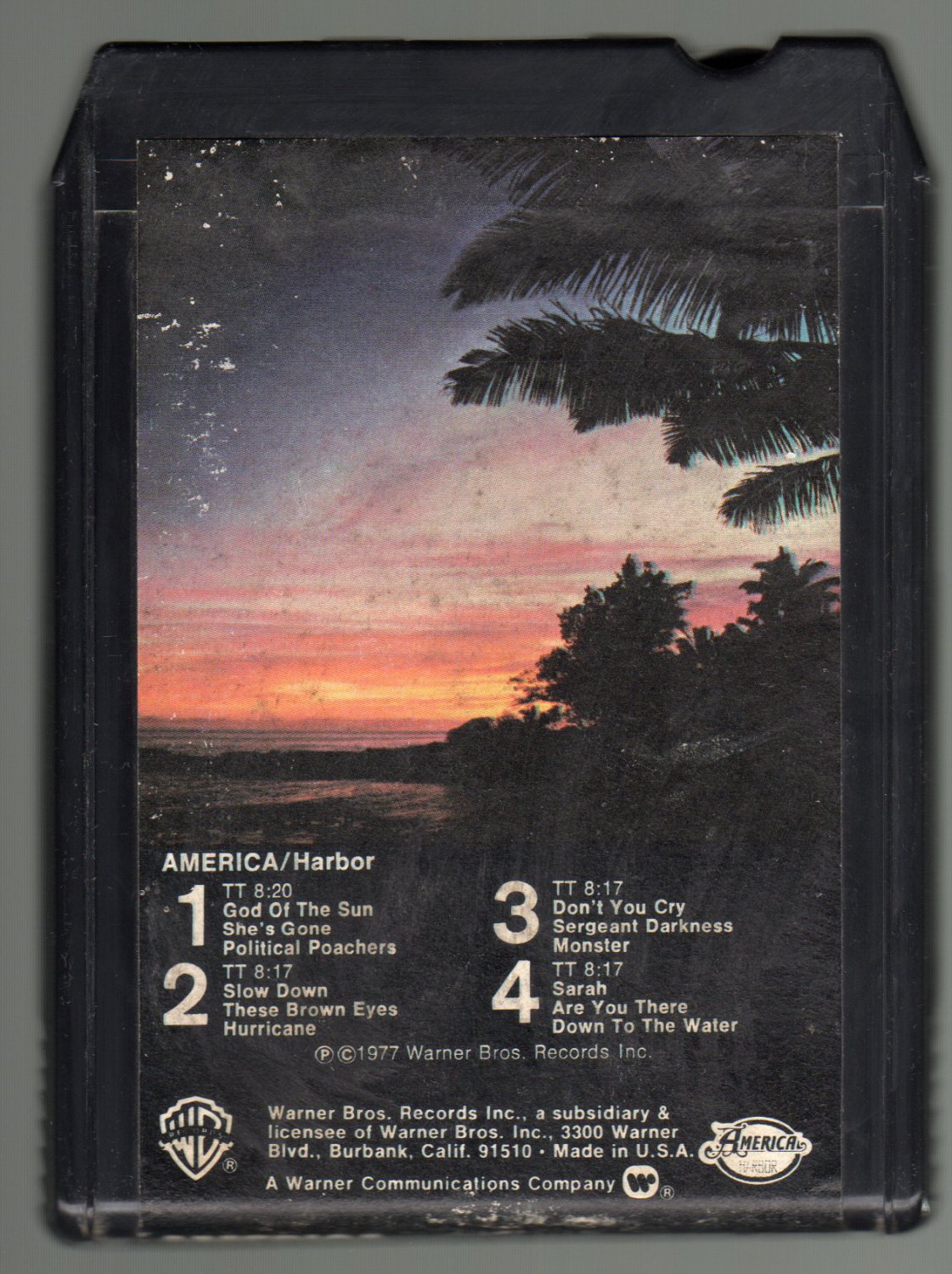 Tweet
Harbor is the seventh original studio album by American folk rock trio America, released by Warner Bros. Records in February 1977. It was the last to feature Dan Peek, who embarked on a solo Christian career shortly after the album's release. The album was produced by George Martin.

Though a major commercial disappointment compared to America's six previous albums, the album did reach number 21 on the Billboard album chart. Three singles ("God of the Sun", "Don't Cry Baby" and the disco song "Slow Down") were released from the album but all failed to chart, although "God of the Sun" and "Now She's Gone" did get some airplay.

Despite the serene tone of the title and artwork, Harbor is more brooding and pessimistic than most of America's previous albums.

America is an English-American folk rock musical band, composed originally of members Gerry Beckley, Dewey Bunnell, and Dan Peek. The three members were barely past their teenage years when they became a musical sensation during 1972, scoring #1 hits and winning a Grammy for best new musical artist. Their recording success was almost entirely throughout the 1970s; some of the band's best known songs are "A Horse with No Name", "Sister Golden Hair" (both of which reached #1), "Ventura Highway", "Tin Man", "Daisy Jane", and "Lonely People".

Some of the band's singles and albums were successful commercially, and they attracted the services of The Beatles' producer, George Martin, for a series of seven albums.

The band suffered a heavy blow when Dan Peek quit the group in 1977, right at its apex, but Beckley and Bunnell returned America to the top 10 as a duo with "You Can Do Magic" in 1982. Continuing to tour (for almost four decades now), America maintains a loyal fan base and performs over 100 shows per year.