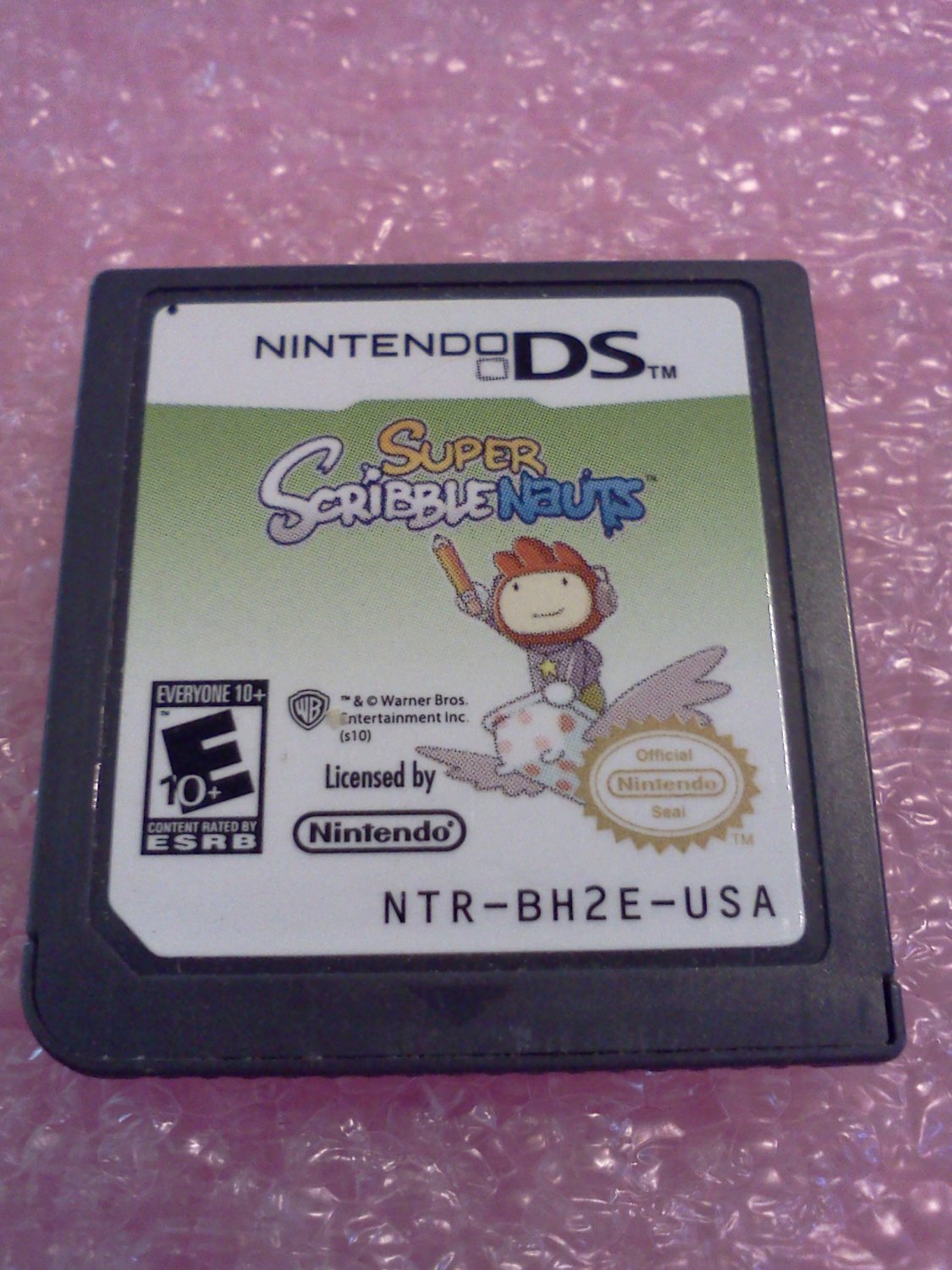 Tweet
Tested, Good condition, Cartridge only, Great game.
Pictures are of the actual item listed.
If you have any questions feel free to ask.
Thanks for the look.

Detailed item info
Product Information
The original Scribblenauts was roundly lauded for its creativity and the sheer ambition of providing visual representation of nearly any noun players could think to write, but the game nevertheless faced persistent criticism because intricately planned puzzle solutions were often destroyed by wonky stylus-only controls. In Super Scribblenauts, developer 5th Cell hopes to squelch those concerns by including optional D-pad controls. And for good measure, they've added more color to the gameplay, both literally and figuratively, by letting players modify any noun with multiple adjectives.

A mere platypus in Scribblenauts can now be a purple, angry, flaming platypus in Super Scribblenauts, and gamers are encouraged to let their imagination run wild thanks to nine different "Playgrounds" designed to spur experimentation. The rest of the gameplay remains relatively unmolested, with players once again using nothing but their imagination to guide Maxwell through 120 different levels in order to collect Starites and earn Ollars. The Advanced mode returns, tasking gamers with concocting three different solutions to each puzzle, and creative gamers can use the enhanced level editor to design and share their own puzzles via Nintendo's Wi-Fi connection.

Conjure up any item imaginable, and modify if with multiple adjectives

Design original puzzles to share with friends via Wi-Fi connection