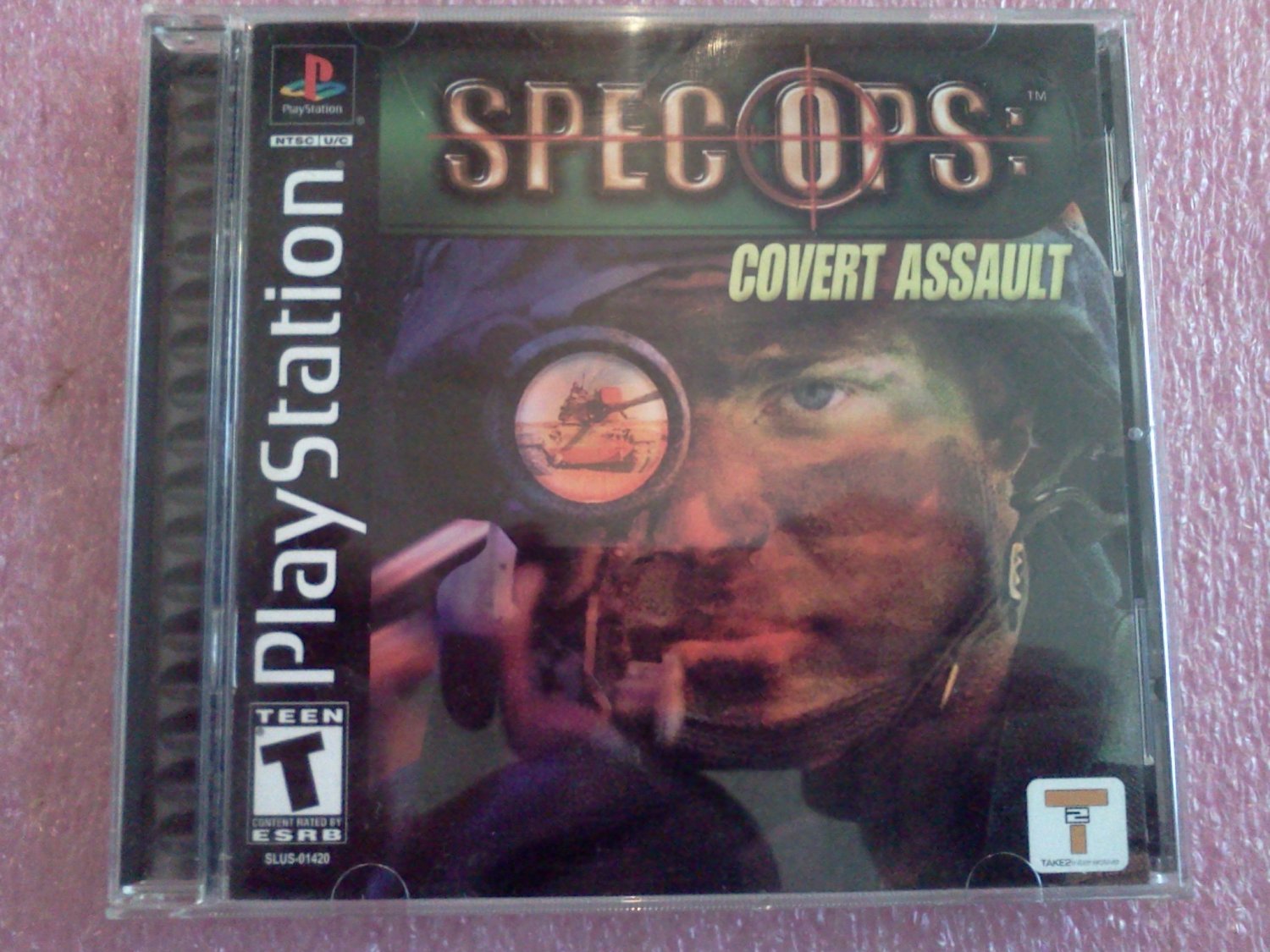 Tested, Disc is clean, case has a few skuffs on backside. Very fun!

Product Information
Spec Ops: Covert Assault is the third game in the budget-priced Spec Ops line for the PlayStation. The series takes the first-person shooter genre and attempts to fuse it with aspects of real combat, in the hopes of giving players a sense of what it is actually like to take on dangerous black ops military missions. Covert Assault is no different in this regard, as you'll take on the role of two different elite rangers as they scour the globe, quietly ridding it of evil at every turn.

In Covert Assault, you choose two rangers from a host of different soldiers with their own abilities. Select from the machine gunner, close-quarters fighter, sniper, grenadier, and rifleman. Once you've chosen your rangers, you will be able to customize them with a whole host of different guns and items such as body armor and grenades. You then enter into the game, which is made up of four different missions, ranging from the island of Sicily to the deep anonymous jungles of a far away place.

If you aren't interested in playing the whole game at once, you're also allowed to choose each individually as Quick Missions. In this mode, the levels are the same, but you can take them on one at a time rather than having to go through them sequentially.