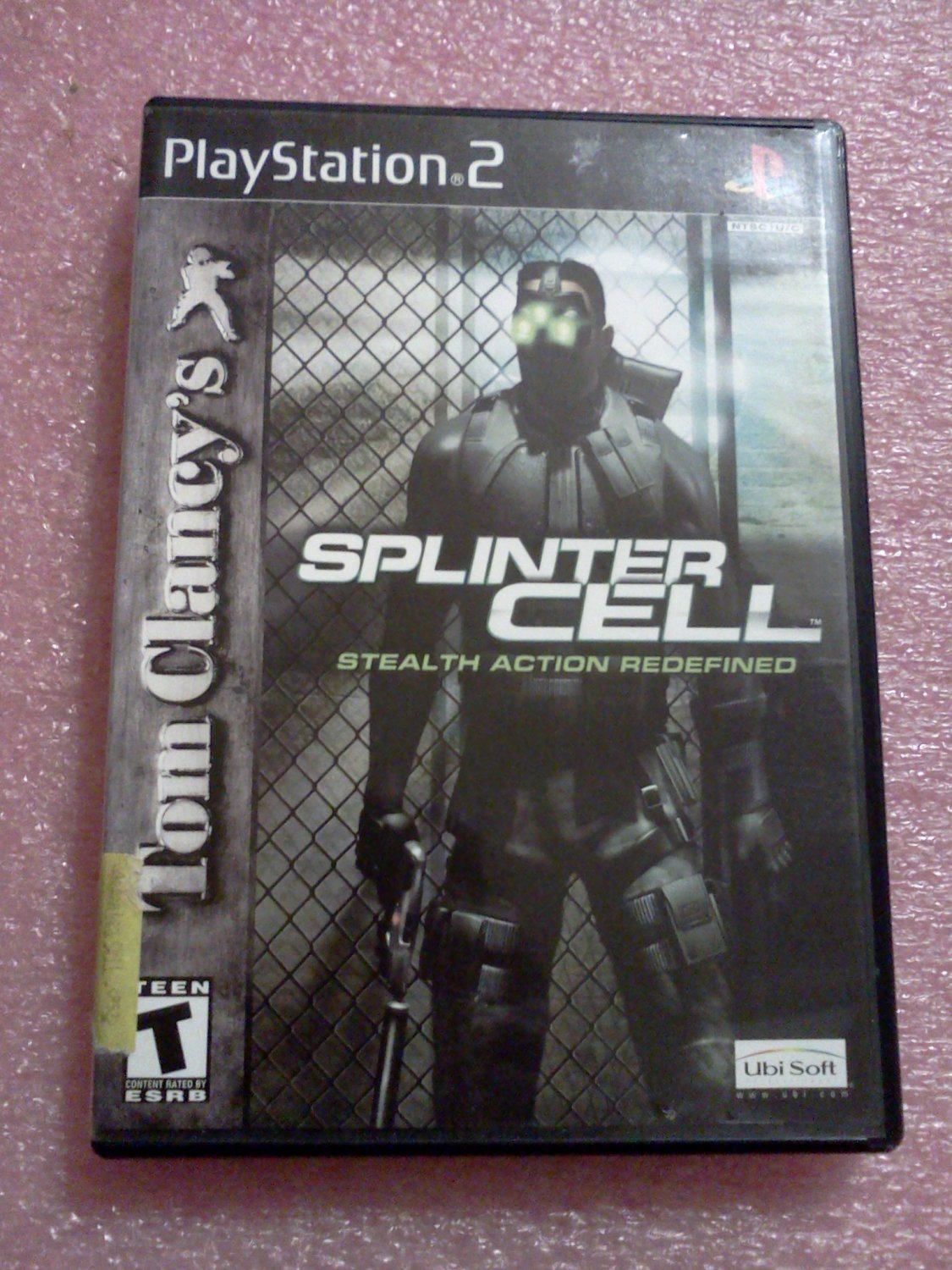 Tested, No Manual, Disc has light wear. The case has some stickers on it.Very fun game.

Product Information
Combining the stealth, tactics, and action popularized in both the Rainbow Six and Ghost Recon franchises, Splinter Cell represents a new Tom Clancy series featuring a single character instead of the team-oriented play found in Red Storm's successful squad-based shooter games. The title alludes to the secret organization players are part of, an offshoot of the NSA called Third Echelon, whose members rigorously serve to protect America using whatever means necessary.

Players embark on a series of ten missions to eliminate potential security threats by covertly infiltrating and destroying the data and communications critical to cyber-terrorist operations. The lead character, Sam Fisher, must conduct his missions without being detected, or risk being disavowed by his agency and left to his own devices. A key feature in the game is a horizontal stealth meter, which changes according to Fisher's overall visibility within a level. Players must stick close to shadows, avoid light, and move silently or else patrolling guards will sound the alarms and attack.

For the PlayStation 2 version of the game, the developers refined a number of areas based on recommendations received from players of the Xbox title. When infiltrating an enemy compound, for example, players will immediately know when an alarm has been sounded thanks to an onscreen indicator absent from the Xbox game. Players will also have immediate access to security door codes, rather than having to go through multiple menu screens to retrieve the data. The most important addition is a new four-level mission set within a power plant during a snowstorm, upping the total number of missions to ten. New cut-scenes, a redesigned introduction, a snowsuit outfit, and a few surprise gadgets are also featured.

Each of the ten missions begins with a cut-scene detailing the story in a CNN-like news report. Players will receive their objectives via voice communication during the game and can refer to their wrist-mounted Palm computer for notes and details on their mission. Data such as door codes can be downloaded from terminals located within the region or on guards, and additional gadgets such as sticky cameras, gas grenades, lock picks, laser microphones, a night vision headset, and wall mines can be used to help. More items are available for specific missions, ranging from infiltrating the CIA to exploring a police station, Chinese Embassy, Georgian Defense Ministry, and more.

Use of light and shadow is important for maintaining stealth

Bodies left in the open can be spotted, so care must be taken to relocate them to a more inconspicuous locale.

PlayStation 2 extras include a new level, a redesigned interface, and additional tweaks