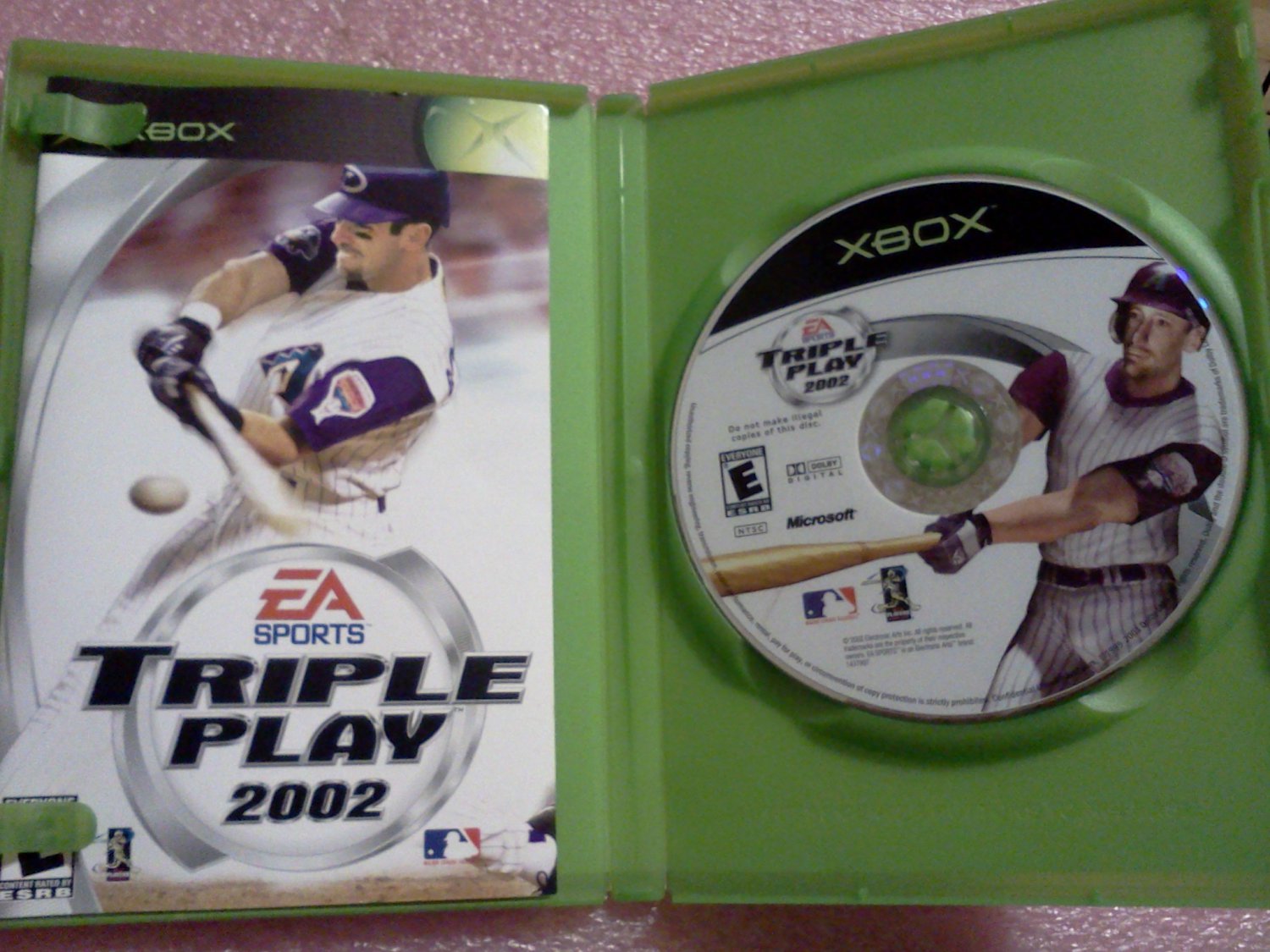 Tested, Complete, The disc has very light wear, The case and Manual are good as well. A homerun of a deal!

Product Information
Triple Play 2002 continues EA SPORTS' baseball franchise with enhancements designed to improve the overall presentation. Updated player graphics offer scanned faces, added animations, and more distinct pitching and batting styles. Camera angles have also been retooled for a more dramatic flair than in previous games. After contact is made, the swing will be replayed to assist in tracking the ball the moment it's in the air or on the ground.

Also new to the series is commentary from broadcaster Bob Costas, making his video game debut, to go along with analyst Harold Reynolds. The game otherwise features the same style of batting, pitching, and fielding as in 2001's Triple Play Baseball. A full lineup of 30 teams and stadiums from the 2002 season are available in one of four game modes: Exhibition, Season, Playoffs, and Home Run Derby. Options include Create Player, Fantasy Draft, and three difficulty settings. Player rosters are accurate as of January 15, 2002.