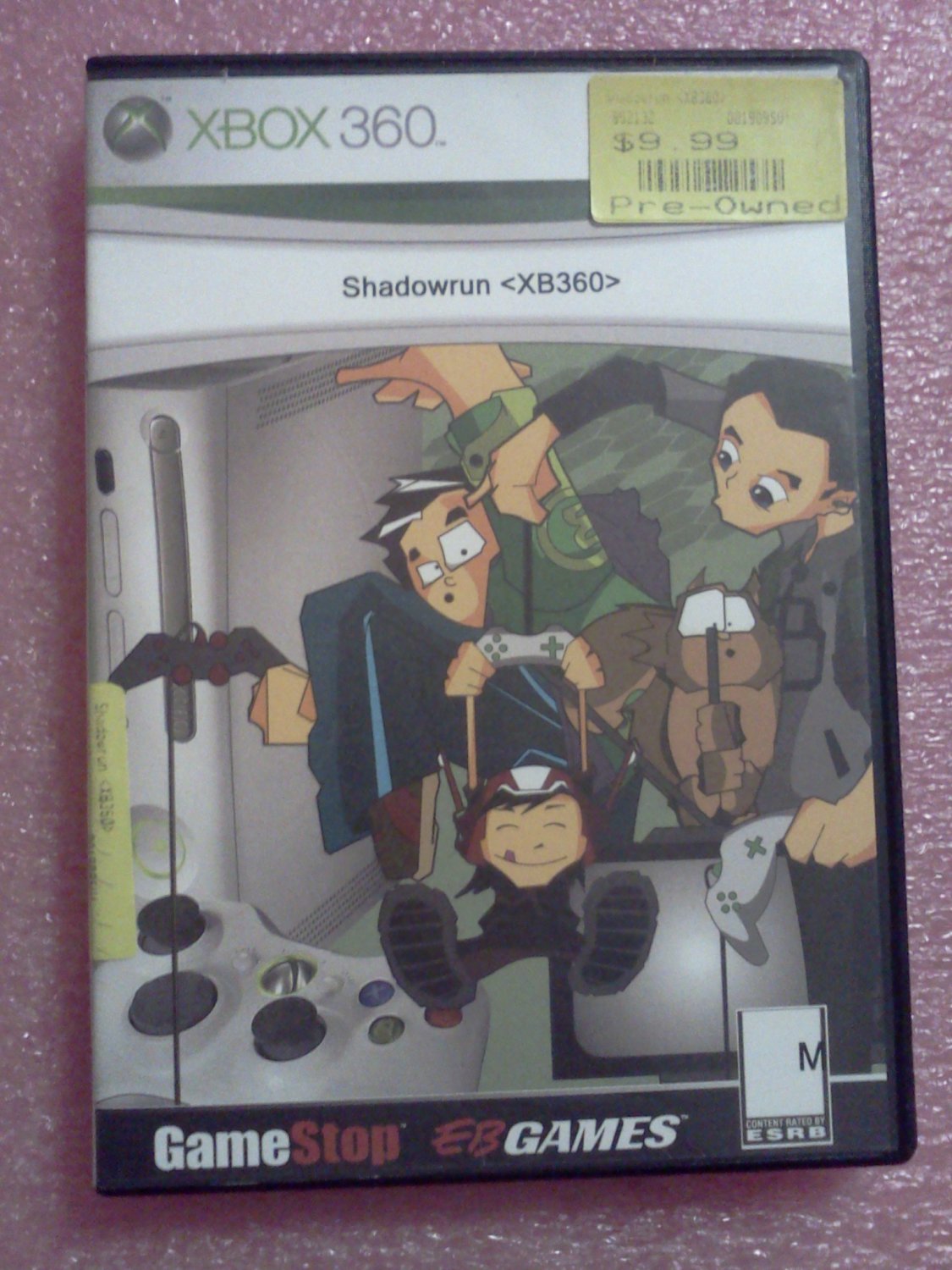 Tested, The disc has some light circular marks from improper cleaning. Otherwise nice. The case has stickers on it and is a old gamestop case. No manual either.

Product Information
FASA Corporation's cyberpunk role-playing game is the inspiration for this futuristic first-person shooter from the development team behind such titles as MechWarrior, MechAssault, and Crimson Skies. Loosely based on the pen-and-paper RPG, Shadowrun for Xbox 360 and PC takes place in the year 2021, where advanced technology and arcane magic are both used in warfare between the RNA, a ruthless megacorporation, and the Lineage, a resistance force. Players will choose either side as they engage in team-based combat supporting up to 16 players via Xbox Live.

An offline training mode is included to help players perfect their shooting skills against AI bots, but the heart of the game is its multiplayer component. To ensure the widest possible community, Shadowrun features cross-platform technology, allowing both PC and Xbox 360 owners to team up or compete against one other in an assortment of game types. Each faction offers a choice of human, elf, dwarf, and troll characters with distinct racial traits, such as health regeneration and technical skill. In between battles, players can purchase magic, technology, or weapons to use in combat, from vision enhancements to teleportation spells.

Engage in multiplayer warfare with up to 16 players on both Xbox 360 and PC
... [Full Description]