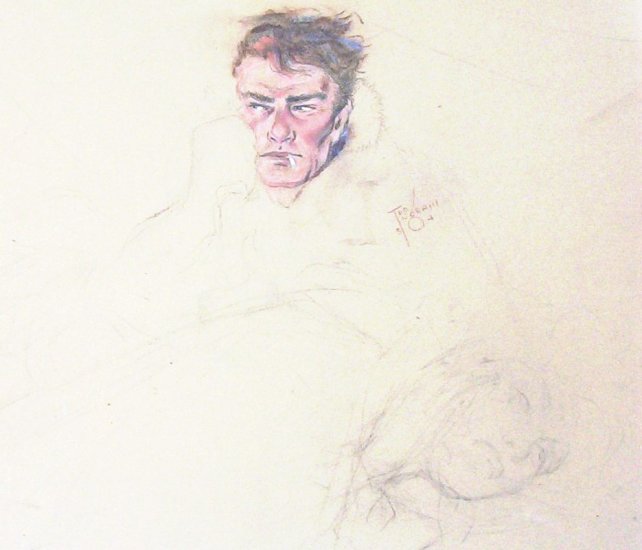 Tweet
This is the beginning of a piece in pencils and done in an illustrative fashion, as he has already pencilled in a woman...
This drawing in particular was Ted...always thinking - always dreaming. Plus his typical ideal male hero, always reflected himself