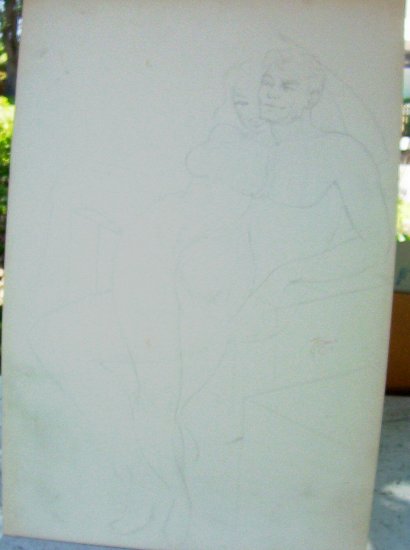 Tweet
This is the beginning of a piece in pencil... a couple enjoying the moment as they relax and slouch in the comfort of their own living room chair, preparing for coitus. Circa 1950's