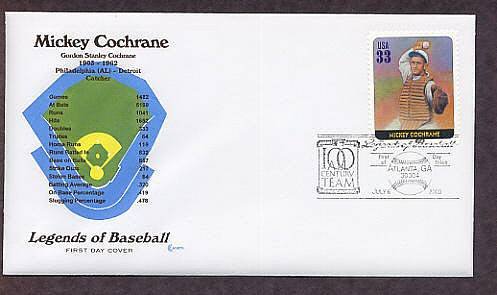 The Legends of Baseball stamps were issued in Atlanta in conjunction with Major League Baseball's 2000 All-Star Week, which concluded with the 71st All-Star Game at Turner Field.

The stamps were illustrated by Joe Saffold of Savannah, Georgia.